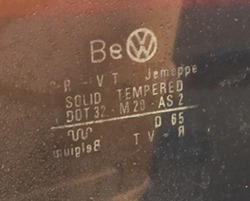 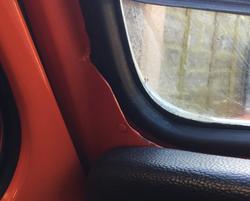 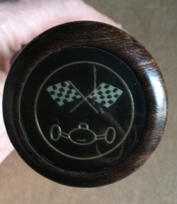 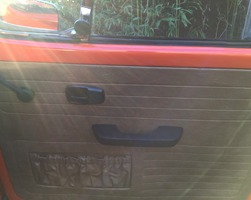 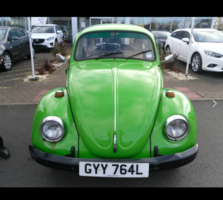 The Be stamp on the glass indicating where the car was made.

Look for the rivet on the left side of the windscreen in the corner. This was originally put on for the VW workers so they knew what options to add to the car. 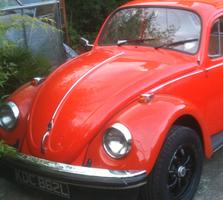 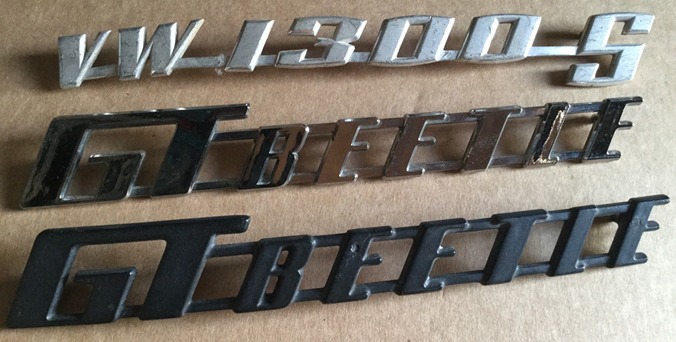 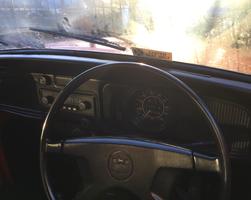 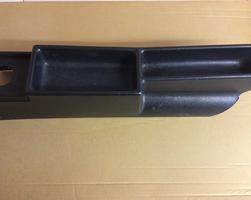 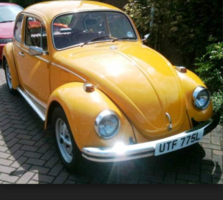 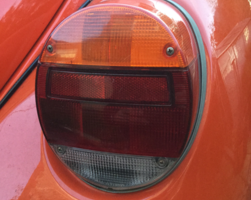 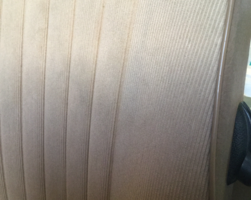 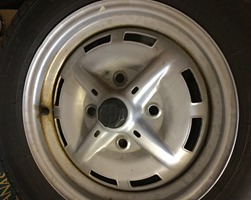 Welcome to the GT Beetle website, the aim of the site is to tell people about the history of this

special edition beetle and have a register of all know GT's left.  Only 2500 were made  in three colours, lemon yellow, apple green and tomato red. The GT's colours were divided up as 50% lemon yellow (L15M), 10% apple green (L64M), 40% tomato red (L30M) The car was based on a european 1300s with the unique colours, it had it's own interior cloth material, gearstick , tunnel tray, padded dashboard, large rear light cluster and 4.5J  steel wheels. It had a 1600 engine and upgraded gearbox which allowed the car to reach 80mph which was fast back in the day. It also had front disc brakes and was lighter than the standard model. Been a deluxe model there was also chrome trim around the windows. When buying the car it came with a 1300S badge, the customer then had the option of changing the badge to either a matt black or chrome GT badge. Apparently this increased the car insurance.

The Confusion begins as on VW Birth certificates the colours differ, I believe these are could be

The GT's were made to celebrate the 300,000 beetle sold in Britain. They were made in a VW factory in Belgium, in Nov 1972. If the beetle has original glass then a "BE" water mark should be on the glass.

special models which currently do not have a register.

Anybody wishing to add their GT or  Special edition model to the website just send an email with a photo and detail and I will add the car to the website.